Are you a sports fan? Tell us about fandom. If you’re not, tell us why not. 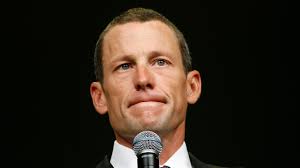 My wife and I, we were huge Lance Armstrong fans. As the world’s slowest cyclist, I had a huge admiration for the world’s fastest… We read all his books- It’s not about the bike (we did not know how right that title was), every second count… and some photobooks about his life. I really would not believe that he could be doping, given the beautiful story of his battle against cancer, his victory over the dreaded disease, and his comeback. In my world that is being given a second chance in life, something to grab onto. and make the most of your life. I was a huge believer in his innocence, until he admitted all on Oprah.  I was shocked beyond belief. I still did not delete his profiles on twitter or facebook page. I also live in a world of grace, where people do get second and third and fourth chances to make right.  But I have learned a lesson: all people are vulnerable. Every human has his flaws and weaknesses.  No one stands on the top of a mountain forever. 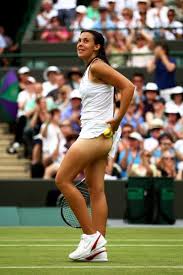 Yes, I still am a fan of a lot of sportsmen and -women. Like some saw- I really believed in Sabine Lisicki’s chance to win Wimbledon 2013. But I was wrong. Marion Bartoli proved otherwise, and showed huge character in the way she handled that rude dude from the BBC…

We South Africans are a very competitive nation, as the Aussies and Kiwi’s will also testify. We hate to lose! And that is why any sportsman who do something wrong, is such a big disaster for us.  I was a huge Oscar Pistorius fan. And then he went and shot his girlfriend.

I am a huge Blue Bulls rugby fan– the Rugby Union team from the Northern parts of South Africa. But the bigger the fan, the harder the fall- last weekend the Bulls have narrowly beaten the Sharks by 20-19.  How could they lose so much momentum in one season?  Most Americans have no idea what I am rambling on about- just think of the Cubs versus the Socks or whatever- then you’ll probably have a spark of recognition… when your team loses or nearly draws against another strong team, your nerves are shot.  The Blue Bulls fans are fanatical indeed. Some guys paint their houses turquoise, drive around in blue cars with plastic bulls testicles dangling from the car’s trailer hook. They wear blue plastic safety helmets with bulls horns attached, sometimes with bulls nose rings pierced through their nostrils.  They gather around to worship on the hallowed grounds of Loftus, in the shadow of Pretoria University. They live by the credo: Stay True to the Blue… Like this guy:

The most famous of all the Blue Bulls fans- image from http://www.sport24.co.za

I am a huge cricket fan too. I love to be alongside the field of play. But our national side, the Proteas can really work on our nerves- sometimes they are the best team in the world, and in the very next game they become chokers and loses against much weaker nations… It takes a lot of beer to feel better about it…

The problem of being too attached to a sportsman/ woman/ team is that we forget they are only human too. They also have their bad days, only much more in the public eye than my bad days.  Things also goes wrong for them. They also get criticised a lot, sometimes by the big networks’ commentators who also is has-beens or never-beens…

We are very tough on our sports heroes. Some fans are really obsessed. I think that could be dangerous (like Robert de Niro’s The Fan movie…) 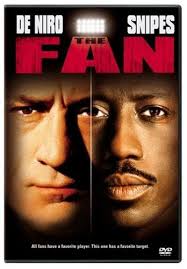 So relax, it is just a game! Even if your hero gets paid millions… a month.

We can forgive sportsmen and women their mistakes, just do not go and shoot pretty girls in your bathroom  like Oscar!